The Sajda Company started in 2013. We are based in Bolingbrook, IL. In our first year, we’ve expanded to multiple countries and sold over 13,000 Sajda Mats. Our company is working on other creative projects for our community. 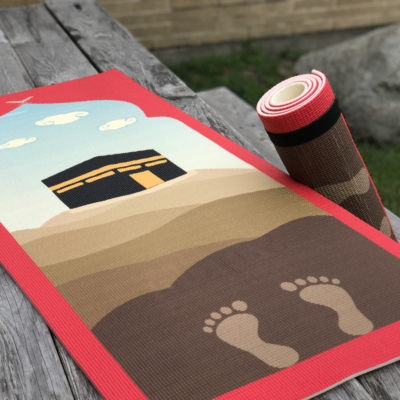 Our Sajda Mats are hypoallergenic which will help prevent germs and dust to go up and in your nose when making Sujud(prostration). We use natural oils and stayed away from toxic ingredients making them eco-friendly. Sajda Mat are also very easy to clean; just take a cloth and water and wipe it down, it’s that simple.

You’ve probably experienced praying on hard surfaces like hard wood floors or prayed on concrete wherein the traditional thin prayer rugs didn’t do justice to your joints resulting in hasting your Salah due to the stress. For that reason, The Sajda Mats were made to limit the distraction from your Salah.

Fairfax, VA, August 15, 2013 –(PR.com)– While working in the mall years ago, Kamran Hakimi would remember how he would take his usual five minute break to pray his afternoon prayers. Initially, his daily routine was to find a flattened cardboard box to put his thin prayer rug for more cusion due to concrete floors and to lessen the pain on his joints while he prayed. He would have to repeat this process every day. To make matters worse, the night janitor would come and scoop the card boards up for recycle. Kamran realised he needed something more practical for every day use. He searched the internet to try to find the perfect cushioned prayer rug. To his surprise, there weren’t many selections in what he wawnted and when Kamran found something similar the cost was way above his budget. 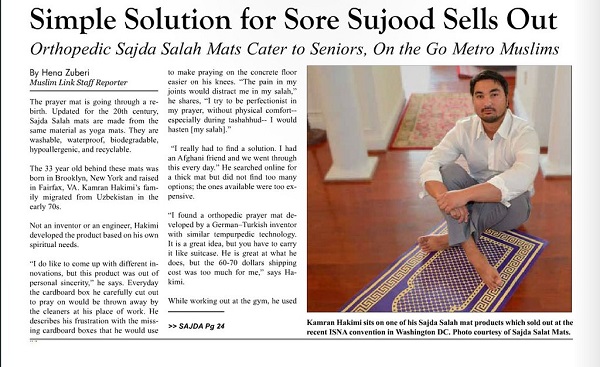